Setting up as a charity

MOHS Workplace Health was established in August 1962, as a charity by a group of Black Country industrialists who met regularly to discuss important issues of the day.

One of these issues was their concern over the lack of nursing and first aid provision for local workers in the many factories and foundries operating at the time. 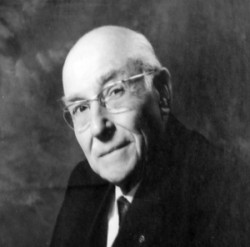 A year after recruiting staff and finding suitable rented premises in West Bromwich town centre, the business started trading in 1963 by sending nurses into local factories and foundries on a daily or weekly basis.

As demand for its health services expanded beyond West Bromwich and Smethwick, it was decided to change the name to 'The West Midlands Industrial Health Service Ltd', in 1966.

A year before, the business had purchased a double fronted property at 83 Birmingham Road, West Bromwich - where it still is today - after outgrowing its rented accommodation.

Over the years, both houses on either side of the original property have been bought and converted into additional offices, consulting rooms and training areas. A large car park at the rear of the properties was also created.

In 1987, the company underwent the first of two major rebrands when it changed its name to 'The Midlands Occupational Health Service Ltd' to embrace the burgeoning services sector and acknowledge the shift away from heavy industry and manufacturing.

It's been more than half a century since that small group of philanthropists pooled their time, money, expertise and contacts to help create a healthier environment for a handful of factories.

Fast forward to today, and the business currently has a turnover of more than £1.8m (audited data: 2015 / 2016), employs 35 people and looks after the health of approximately 50,000 employees around the country.

So, here's to the next fifty years!