Prostate Cancer - a Shot at Taboo

Prostate cancer has been the elephant in the room for men for generations. Now, with household names like Bill Turnbull, Ben Stiller and Danny John-Jules (Prostate Cancer UK ambassador) talking about it openly, the taboo is eventually lifting.

Now that March is over, we really don't want men sweeping the issue under the carpet again until Movember.

How do you know if you have or are likely to get the disease? 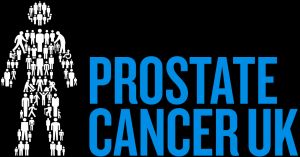 If you're over 45, overweight or have family history of prostate cancer, you should get checked. Go, book in to see your GP and check if simple PSA blood testing is suitable for you. And then take the test!

The sooner you catch this potential killer disease, the greater your chance of beating it.

If you prefer checking yourself or suspect you might have it, these are key prostate cancer symptoms you should look out for:

If you really don't want to go to the GP (sooo many men don't), check out Prostate Cancer UK's guides. They do have some great advice, but self-diagnosis is never as accurate as a clinical check up!!!

The BBC heightened awareness of ovarian cancer by adding diagnosis thereof to Jean Slater's already complex medical condition. The character began acting oddly after diagnosis, but everyone associated her moods with her preexisting bipolar condition.

Whilst she struggled to come to terms with her new illness, she hid the symptoms from her family. She even ran away to an old family-favourite caravan park to escape the attentions of her nearest and dearest.

There was an emotional reunion as the Slaters tracked her down, even though she was using a false name. Love for her granddaughter eventually proved Jean's Achilles' Heel and now the Slater family (and friends) are helping Jean face ovarian cancer as one.

What are the symptoms of ovarian cancer?

The symptoms of ovarian cancer can be hard to spot as they're similar to IBS and PMS. If you have these symptoms for more than three weeks, NHS recommends you get checked with your GP.

Here's a list of common and less common symptoms to help you detect ovarian cancer early:

The NHS site has a full list of symptoms and support networks for more in depth clarification.